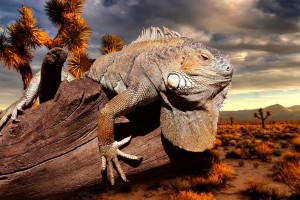 The Galapagos Islands are an archipelago of volcanic islands scattered around the equator in the Pacific Ocean, west of continental Ecuador, of which they are a part. The Galapagos Islands and its surrounding waters form an Ecuadorian province, a national park, and a biological marine reserve. The principal language on the islands is Spanish. The merging of three major oceanic currents brings an unbelievable assortment of marine life to Galapagos.  Visitors can get up close and personal to some of the world’s rarest animals. In 1978 UNESCO designated Galapagos as the first World Heritage site.

Due to their isolation and position on the equator the Galapagos can be visited all year round. The dry season is characterized by blue skies and midday showers whereas the warm season is more tropical with daily rain and cloudier skies. There are considered to be two main seasons: The dry season is from June to December and the warm season is from December to May. Temperatures vary from 69 degrees to 84 degrees and the climate is mainly determined by ocean currents. The sudden climatic change caused by El Niño can be devastating and as many as 50% of sea lions and marine iguanas can die during this time.

Darwin’s research in Galapagos led to the groundbreaking theory of The Origin of Species. The Galapagos is home to the only surviving giant Pinta tortoise, named Lonesome George. Sea mammals and land birds are most active during the dry season and there are many sea bird courtship displays. Alcedo Volcano on Isabela Island has the largest tortoise population and is the only volcano visitors can climb.

The Devil’s Crown is a dramatic snorkeling site to the north of Cormorant Point where there is an almost completely submerged volcano. The lava tunnels on Santa Cruz provide an understanding of how the islands are formed. While the much older islands have vanished below the sea as they moved away from the mantle plume, the youngest islands are still being formed.

Tradewinds Vacations welcomes you to come with us and explore the thousands of amazing destinations for travel in the U.S. and abroad.