Giza Pyramid And Tombs And The Sphinx 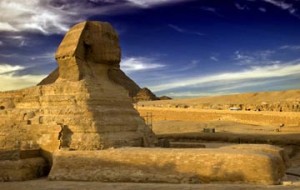 Like many other destinations around the world, Egypt, more specifically, the Giza area are very dependent on tourism as a large portion of their revenue. Unfortunately for many travelers, for sometime now, the inside of many of the most famous pyramids were closed due to a concern for the effect the moisture which was being introduced, was having on the artifacts. Recent concerns with safety in regard to U.S. tourists as well as unstable governments have been a curse to this part of the world of late and in order to encourage and promote tourism, the current minister has decided that the potential harm is worth the risk at this point.

Giza, its pyramids and the mighty Sphinx have always been and will most likely, always be one of the worlds wonders. Built without the use of modern technology, massive in size and stature and unlike anything which existed on the plant, the pyramids and the Sphinx represent a people and indeed a culture unlike anything which can still be found today. Using hundreds of thousands of slaves and laborers, wood, ropes and massive limestone blocks weighing upwards of 3 tons each, these amazing structures were built to honor and protect their owners in this life and beyond. Built to last forever, they remain even today, and it makes perfect sense that people from around the world would want to see and experience this part of human history up close.

Located not far from the city of Cairo and the mighty Nile river, this area sees hundreds of thousands if not millions each year to see and experience this part of history on a more personal level.

As with all areas which are considered less than safe, it is important that you make sure you are prepared and understand the area, its culture and any safety issues which may impact you when you travel. You can learn more about warnings, alerts and destination specific information to help you by visiting travel.state.gov.

Whether exploring the U.S. or exotic locations in Africa, Asia or the Pacific, let the world excite you. Get out and explore the wonders of the world with Tradewinds Vacations.