Phones On A Plane 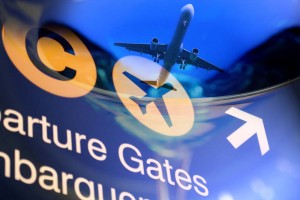 The battle rages on, to allow or not to allow cell phones on aircrafts. For most travelers on most airlines, the rule is simple, when the steward says for you to turn off your cell phone, you are supposed to do so. The rule also tends to extend beyond phones to other mobile devices including computers and other hand held wifi devices as well.

The rationale for turning off phones are based on a report in regards to signals interfering with in flight electronics. However, despite this first study, the actual relations are not well established and since then, the airlines and other developers have been introducing safe in flight communications which pose fewer to no risks allowing some airlines to lighten controls on cell phone use on planes.

In the news this week is one airline is announcing that it will be allowing in flight cell phone use in a few of its flights between New York and London. They also announced that in the coming months, travelers can expect to be able to use cell phones in flight on other flights as well. The service will also allow passengers to utilize text and data services as well, although they will be required to be off during take offs and landings.

The last time the issue of cell phone usage on planes came up it was around 5 years ago. The discussion lead to the federal ban of cell phones on planes for simplicities sake. This and the rules put in place by the FAA mean that in order for cell phones to be an issue here in the U.S., rules will have to be changed and right now, that is not happening. So while you can use your phone over the Atlantic, good luck with the roaming charges and don’t forget to turn it off when approaching the U.S., sounds like they still have some work to do.